A week and a half ago we went out on a pelagic trip out of Bodega Bay to the Cordell Bank. Almost exactly a year ago we did the same with almost the same crew, which turned out to be a fantastic trip (link). The star of the show that time was a Short-tailed Albatross, a species that would be hard to beat.

Northern Fulmar, California USA
The marine weather forecast was great: 'Small craft advisory and hazardous seas'. It wouldn't be the first time a trip from Bodega Bay got cancelled after the two hour drive before the crack of dawn. However, the last minute forecast showed a window of opportunity that would last about half a day before the next storm would role in. At 7am we set course to the Cordell Bank, with the conditions being fairly good considering the forecast. Decent swells, but not too much wind and every now and then even some sunshine. 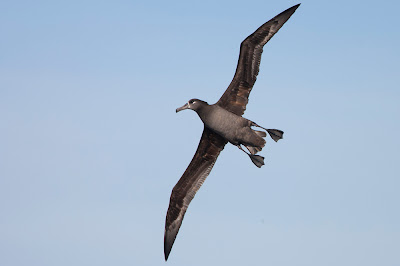 Black-footed Albatross, California USA
It wasn't long before the first pelagic species made an appearance. Northern Fulmars, Sooty and Short-tailed Shearwaters, Black-footed Albatrosses, Red Phalaropes and some Black-legged Kittiwakes. What was really impressive were the hundreds maybe even thousands of Cassin's Auklets that were around.

Black-legged Kittiwake, California USA
A little bit after noon the weather started to change. The sky got greyer and the wind started to pick up. These were exactly the conditions last year when the bird of the day showed up. Before I could finish that thought a massive pink bill with an Albatross behind it glided into view. Déjà vu. 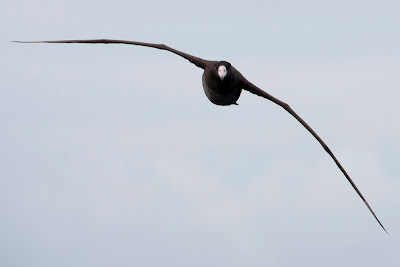 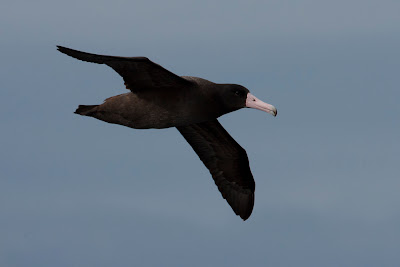 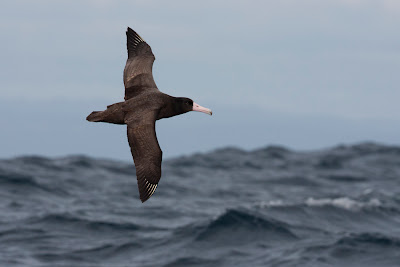 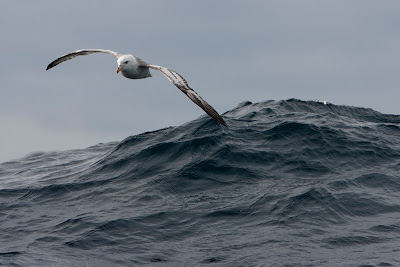 Northern Fulmar, California USA
Last Sunday I visited a little park in San Francisco to chase the Lucy's Warbler that was found there. I managed to get on the bird, which meant a lifer! Also still hanging around in the same park was a beautiful Yellow-throated Warbler, which is now officially my favorite warbler. 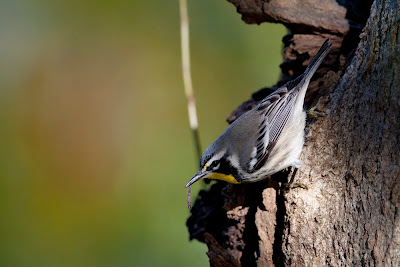 Yellow-throated Warbler, California USA
Having finished this post it's time to get back to work and finish processing the images from our trip to Yellowstone. To be continued...